Get fresh music recommendations delivered to your inbox every Friday.
We've updated our Terms of Use. You can review the changes here.

Live at the Ministry of Psychedelic 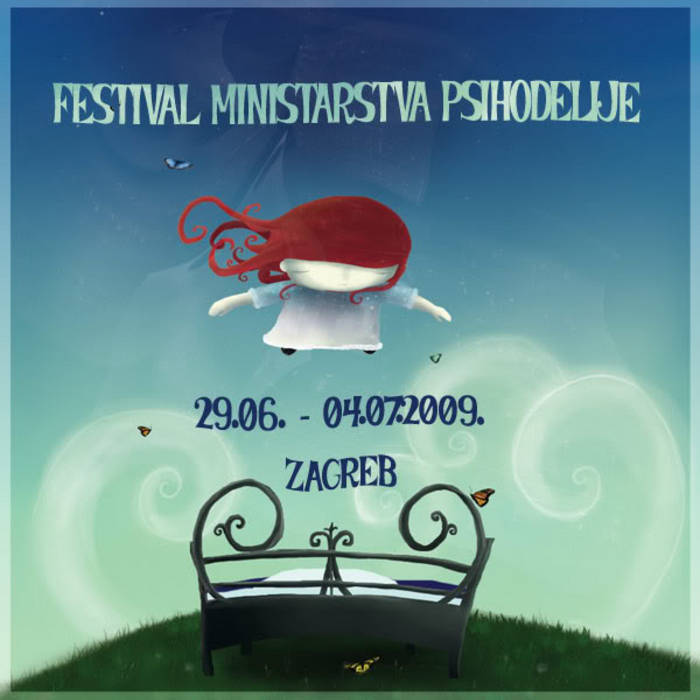 "I think this is the beginning of a beautiful friendship."

No it wasn't Casablanca, it was Zagreb. And this live was recorded there at the second Ministry of Psychedelic Festival in Croatia, on the 2'nd of July 2009. It was not the classical trance festival: green forest, big field, decorations, camping ... It was an intervention in the urban jungle of capital city, seven-day blitzkrieg festival full of events, workshops, meetings and... music. There along side with a bunch of local artists, as a crown of a Festival, played Master Margherita, Cosmosophy, Flooting Grooves, Dymons and Shadow Fx. This recording, which lies in front of you, was taken on Thursday, in a fresh squatted space of AKC Medika, where we where chased because the bad weather that day. And as Humphrey Bogart said it marked beginning of a beautiful friendship.

To tell the story about the Ministry of Psychedelic for the moment we need to put the needle on the beginning of the record and go back into the past. This project started at the end of the last century, conceived as a club program for the promotion of psychedelic music. It was founded and led by the members of Zagreb's underground scene; Ilko Čulić, Benjamin Perasović, Nikša Dubreta and Sanjin Čubelić. Inspiration for the name came from Black Panther Party, a black revolutionary socialist organization active in the USA, which had it's Ministry of Information. After more successful party's at the club Močvara this project is finally extinguished. But in late 2006 it was revived by the younger generations.

Ministry of Psychedelic is based on D.I.Y. philosophy and works with the aim of promoting psychedelic trance music and culture. The emphasis, beside the music, is on audio - visual arts. The Ministry is connected and working with various organizations and collectives around Croatia.

The project is being developed through a creative blend of music, multimedia, Internet, dance and entertainment. Ministry of Psychedelic evenings are designed as a counterweight to mass commercial and profit oriented events. The inspiration for the work comes from the idea of multiculturalism and multimedia, in which no part is not losing their own identity, but enriches the whole. After seven years of hard work there is nothing smart to add, only sample from our favorite song echoes in our heads ...the drums don't stop!

Recorded at the Ministarstvo Psihodelije Festival in Zagreb, Croatia the 2nd July 2009.